Bus & coach travel in the Netherlands

Because of the extensive rail network in the Netherlands, buses are often overlooked as a viable travel option within the country and most bus and coach routes either go to places not served by the rail network or they connect places where a train journey would require an impractical detour.

It is  possible to travel cross-country by bus, but as buses are primarily for travelling between small towns (rather than the larger cities), it can easily take twice as long as the same journey made by train. However it is a good option if you’re interested in seeing the countryside.

The Interliner coach network is the most practical option for covering longer distances. Interliner routes include the Afsluitdijk in Noord Holland, Rotterdam to Zeeland, Lelystad to Groningen and Zwolle via the Noordoostpolder and Groningen to Emmen. There are also bus routes to Drachten and Uden, which are not served by the Dutch rail network. 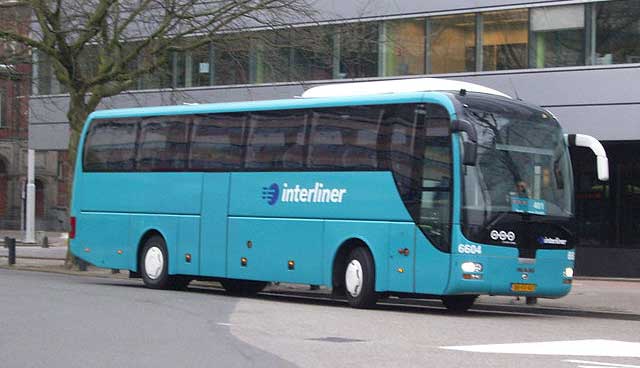 International bus services include services operated by both Busabout and Eurolines. While Busabout only stops in Amsterdam, Eurolines serves Amsterdam, Breda, Eindhoven, The Hague, Rotterdam and Utrecht; although only travel to and from Amsterdam is included with the Eurolines Pass. Amsterdam is considered a major hub in the European bus network with bus departures for destinations throughout Europe.