Bus and coach travel in Austria

Although most people travel by train in Austria, there is a comprehensive ÖBB Postbus network throughout the country and newer coach operators such as Flixbus now operate both domestic and international coach services.

You can search Austrian long-distance and international coach services here:

Domestic buses are most useful for getting to some of the ski resorts in the Tirol and Vorarlberg regions, and international routes (especially routes to eastern Europe) are also handy and more likely to be used by travellers.

ÖBB Postbuses are operated by both the post office and the rail network, however it is not possible to use your railpass for travel on the Austrian Postbus network. The Postbus is by far the most comprehensive domestic bus service with over 40,000 bus stops throughout Austria served by 900 bus routes and 30,000 daily services. 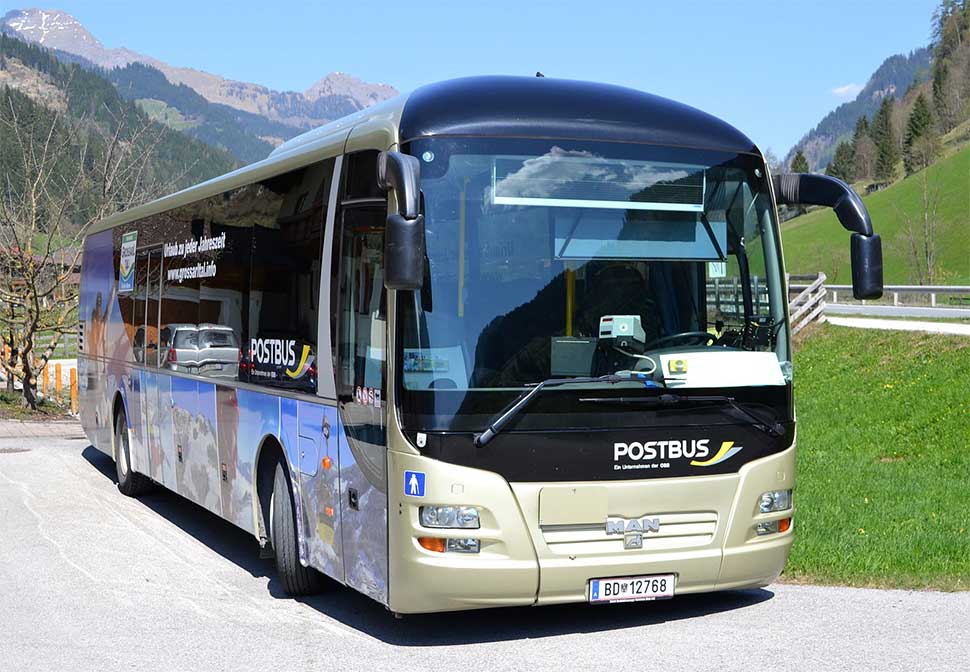 Other domestic services in Austria include coaches run by Flixbus serving the following routes:

International bus and coach travel to and from Austria

Busabout coaches stop in Graz, Grünau im Almtal, Innsbruck, Salzburg and Vienna. Vienna is the only destination in Austria served by the Eurolines Pass, although Eurolines do serve other cities in Austria.